Advertising on Spotify: an update 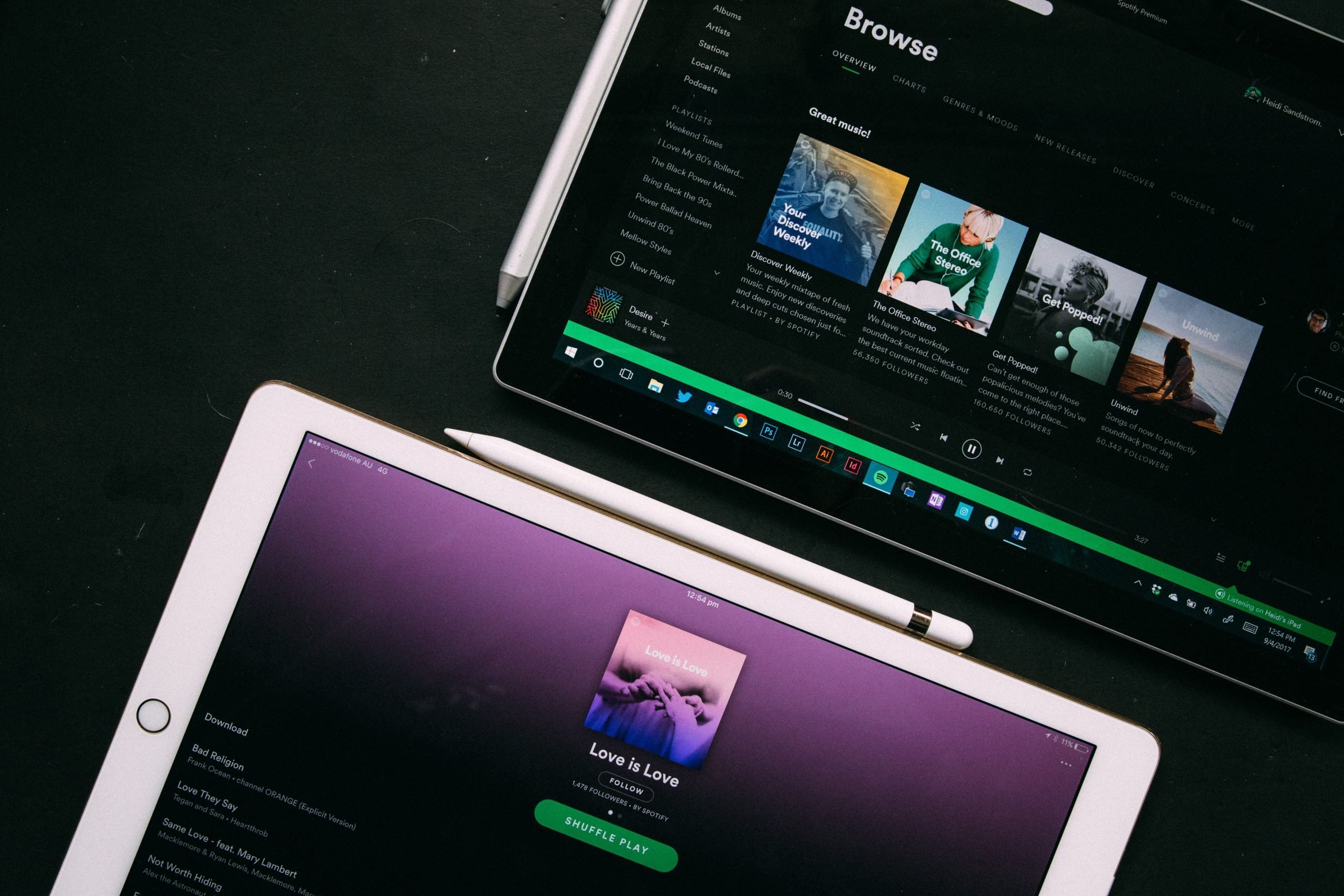 Previously we wrote about Spotify as an advertising channel which was received with great interest. However, quite a few features have recently been added to this channel. For example, the completely new Ads Studio interface (currently still in the Beta test phase in which Hide and Seek participates), the easy creation of audio spots, and a reduced starting budget! Therefore, an update on our part is in order.

There are quite a few large streaming services on the market and Spotify is still one of the largest worldwide. The platform has approximately 248 million monthly users who listen to music on Spotify for an average of 146 minutes a day. The platform has a Free version and a Premium version. The free version has users hearing and seeing advertisements between songs and while searching for music. Currently, there are approximately 141 million users who still use the free version and thus hear and see advertisements; this is more than half of all users! In the Netherlands alone we’re talking about 1.7 million Dutchies who can potentially be reached with advertisements (Spotify, 2020).

Those who know Hide and Seek know that we serve and have served many customers in the music industry (portfolio). Advertising for Spotify can be very interesting for the music industry. However, the channel is also widely used by companies that are not in this industry. For example, brands from different sectors advertise on Spotify. For these companies, branding is the main goal to complement the other channels that advertisers use.

Spotify has several advertising options. The types of advertisements have remained virtually the same, but a few things have changed in the places where they can appear. The different types + available placements are:

Audio Advertisements are played between songs and can basically be compared to radio spots. A user will hear up to 30 seconds of advertisements every 15 minutes. In addition, a clickable image can be uploaded as an ‘album cover’. The click can lead to an external website and is free. Audio Ads are available on all devices. 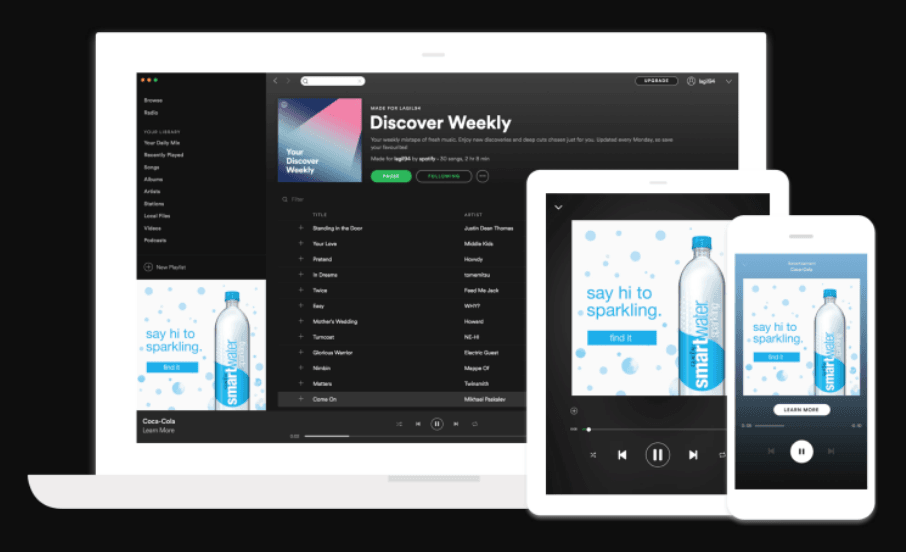 With the video takeover, a video ad is displayed for a maximum of 30 seconds (between songs) while a user actively uses the app. Because ads are only launched when the Spotify desktop or mobile app is displayed, the view rate is high when compared to industry benchmarks. In addition to the video, a clickable companion banner can also be displayed here as an advertisement extension. 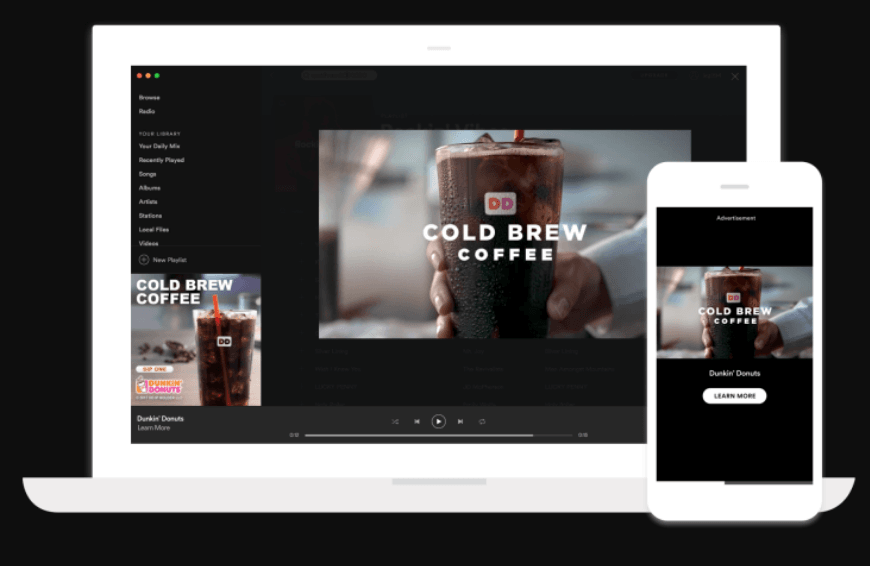 With a sponsored session, your brand becomes a gateway to an improved streaming experience. Users get 30 minutes of ad-free listening “sponsored” when a video ad of up to 30 seconds is viewed. The video ads are started by the user himself, so the view percentage is (again) very high. This format is only available on mobile and tablet.

These screen ads are only displayed if the user actively uses Spotify. Ads will not run if the app is minimized, making ads 100% visible. The ads are clickable and run for 30 seconds. Only one ad is shown at a time. Leaderboard ads are available on desktop and the web app. 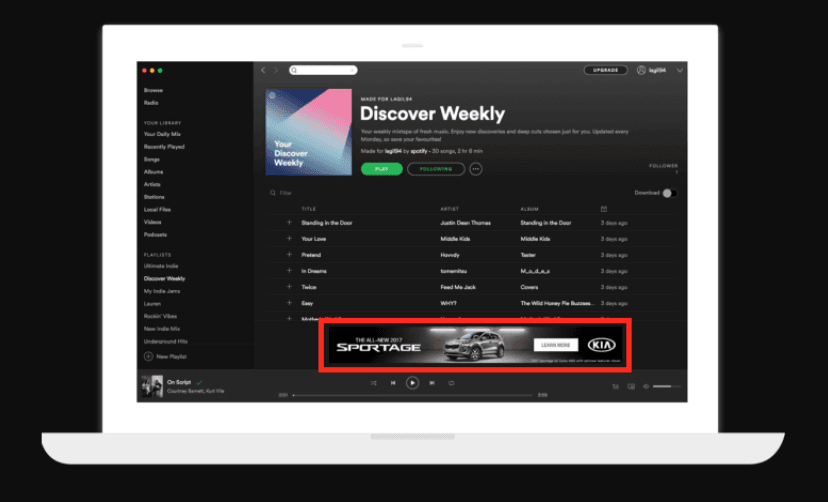 With an overlay advertisement, the user is served your brand message immediately when returning to the Spotify app (mobile or desktop). This ensures a maximum brand impression, which the user cannot ignore. Then a click on the ad can lead to the chosen landing page. 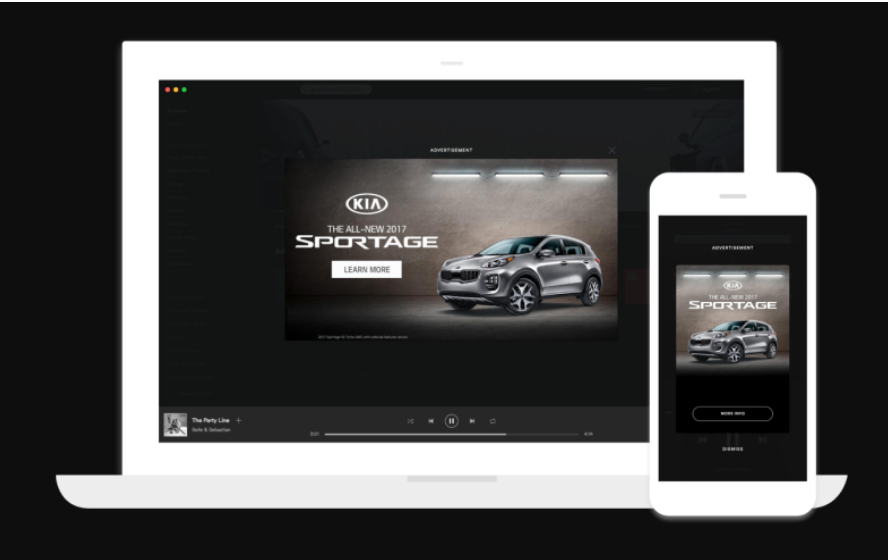 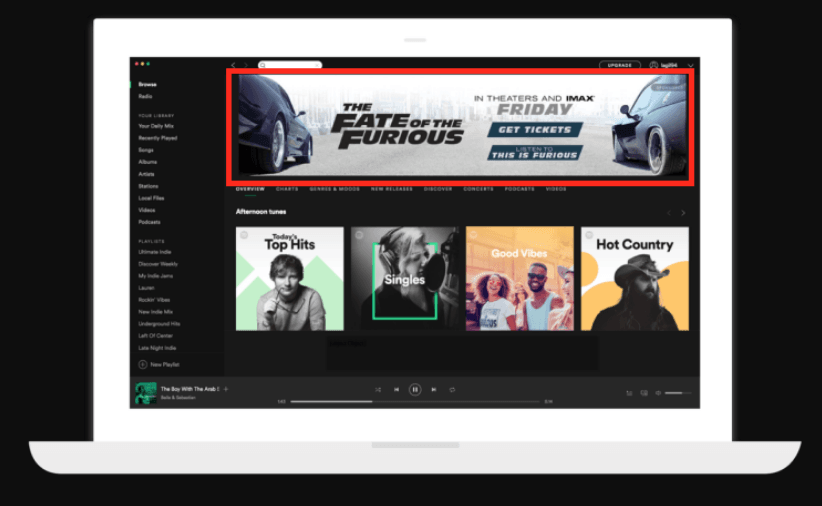 With the branded playlists option, a brand can take over the Spotify playlists like “today’s hits”, “chill playlist” and so on. This allows brands to appear in users’ favorite lists. It is of course important that the brand and the message match the playlist. An ad can lead to another playlist through advertisements, but also appear within the playlist with interactive advertisements. A link to an internet page or content on the platform itself is possible.

Recently, Spotify has released the ads studio in which ads can be set up in a simple and intuitive way. At the time of writing, the ads studio is still in Beta mode and we at Hide and Seek are participating in the beta test in the Netherlands!

In the ads studio it is easy to upload an ad. Don’t have an audio ad ready yet? Spotify offers the service to have a script written by you voiced by a voice actor and to create the advertisement for you, free of charge!

In addition, you can measure the results of your ads in the ads studio in real time. Which means that you have insight into which audiences listen to your ads (or your music!) And which audiences do not. This can be very valuable information to sharpen the ad targeting.


And last but not least, there is the reduced advertising budget for a starting Spotify advertiser. Previously, the minimum amount to start with was set at € 7,500, but this has been lowered to just € 250 for now. So starting small has become an option for those who want to try out the platform.

Advertise on Spotify with help of Hide and Seek

At Hide and Seek we participate in the Beta test of the new Spotify product, which means that you have come to the right place to start with Spotify advertising! Would you like to know more or start advertising on this channel? Please contact us directly. 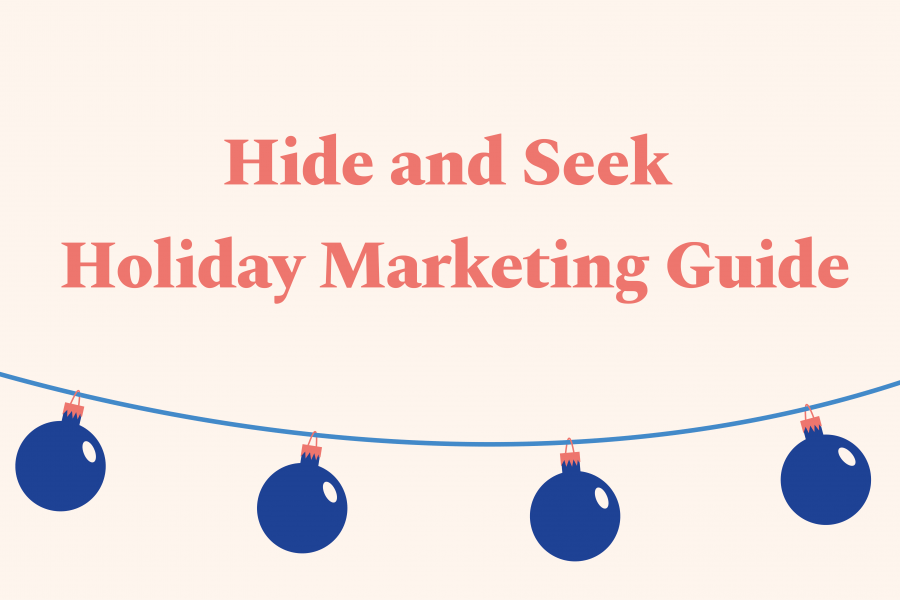 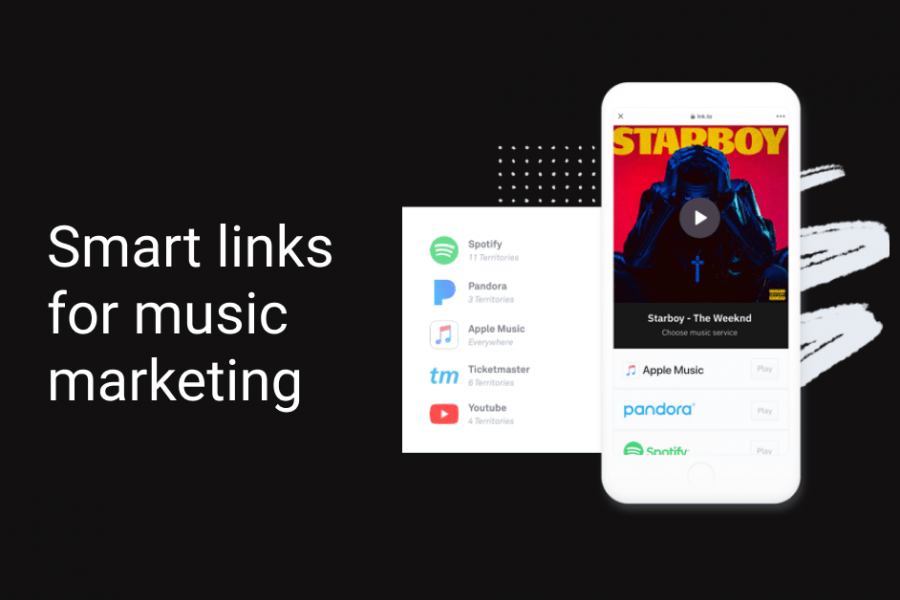